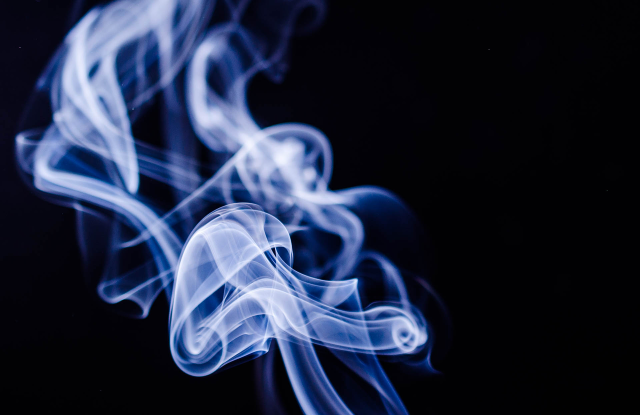 Eno looked at the countless number of cars stretched ahead of him, as far as the eyes could see. Impatient drivers manoeuvred their cars, shouting curses at each other, made movement impossible.

He looked over his shoulder to spy on his teenage boys sitting in the rear, discussing inaudibly with each other.

His challenge that morning as was with every workday in a week was, to beat the heavy sluggish traffic, drop the boys off to school before heading to work. And he must reach his office in time to escape queries from his early bird of an MD.

His eyes were fixed on the fuel meter at the filling station by his right, but at the same time, his mind was at his office. He looked at the fuel tanker off-loading in the station and thought it was not supposed to be done during work hour.

As he looked on, his gaze caught a nonchalant young lady puffing cigarette a couple of feet away from where an attendant was filling her tank. Eno knew the smoker was taking a huge risk, even though the probability of the cigarette igniting the fuel was very low, a certain amount of fuel vapour existing there should not be ruled out.

Eno studied the smoker closely, she was a girl in her early twenties. The attendants were supposed to caution her and make her vacate the premises if she insisted.

“Look at that angel of death over there, ” he said and his boys looked at the girl.

“There’s no flame in her cigarette dad,” his younger son said.

” What the heck does she think she’s doing?” Eno almost shouted and his kids looked at him wondering why he was overreacting.

“Dad, I think she’s standing a good distance away from her fuel tank and meter hose. She should be needing a good amount of hot fuel vapour to be able to ignite the area. It’s almost impossible for cigarettes to ignite a filling station. Besides she must have done that a good number of times in the past to know it’s safe to do so,” said his fifteen-year-old, Eno Junior.

Eno studied his son and wondered where he got all that.

“Do you see that giant cooking gas cylinder over there? Do you see that fuel tanker? They’re going to give the most disastrous damage to lives around here when they blow. Do you see this traffic queue? It’s going to burn to ashes.” Eno said.

“So, how on earth will all these happen? That’s not going to happen because of a mere cigarette with no flame,” his younger son said.

“There’s fuel vapour everywhere around that area boy, including her hands, clothes, car, surrounding and so on,” he argued as the traffic moved once like a snail. Eno sighed again. That meant another couple of minutes wait.

Eno watched the smoker puff non-stop. The attendant was about to drop the hose at the meter when he saw the smoker rummage for something in her jean pocket.

“Boys watch…watch her, she’s fighting another cigarette…oh, the girl is so damaged, how could she smoke like that at that young age? She must be doing drugs and probably out of her senses, ” he said.

“Well…that’s insane. Someone should hurry to stop her.” said his younger son.

“Watch! The security is rushing at her with an extinguisher… wow.. wow, her hands are on fire..she’s on fire….wow….wow. Move out of the car boys. Run to safety,” Eno commanded frantically.

“Easy dad. Stop panicking. This is a filling station. They should sure have measures, perfect measures to stop the fire. Please let’s not run for no reason.” Eno Junior said.

But Eno had no time to spare for unnecessary arguments. He quickly stepped out of his car, opened the rear door and dragged out his younger son who was giggling at him for his fearful rush.

Eno was fast, he screamed at everyone to run to safety as he began to run.

“Dad, everything is under control, look they’ve brought the girl down and have covered her with a fire blanket. The fire has gone off.”

” No Junior, her car is on fire too. Listen to your father” he said, already dragging the younger one along, screaming over his shoulder at Junior to follow suit. Better safe than sorry.

The smoker’s car blew up in seconds. Many motorists ahead and behind them stepped out of their cars in confusion and everyone began to run away from the station.

Eno thought about what next. It could be the fuel tanker that just arrived before the gas cylinder – he was sure both of them would blow up.

“Run! The gas station is on fire! He screamed to others as he ran down with his hesitant boys who thought he should have said fuel station instead of the gas station.

Boom! It was an explosion. Eno looked back at his Honda civic as fire engulfed it. Then something blew up again, this time, everyone up to ten meters away was swallowed up in thick smoke, including Eno and his boys.

“I tried Ernie. Goodbye, my love.” He said to his wife who wasn’t there and fell in the thick smoke, feeling the burns in his feet and listened to the moans and cries of many before oblivion set in.

Ernie rushed to the hospital without her shoes, crying uncontrollably. The doctor who called her said her family was alright. But she couldn’t just trust their comforting words. It could mean the opposite – a trick to get her to a safe corner to pass the bad news.

She cried when she saw them but it was another kind of cry. She was happy they’re alive. But sharp pain went through her heart when she saw their burns. Junior moaned non-stop. He was seriously burnt in the leg from the knee. but the doctors said he was going to be fine and would be able to use those legs again. Eno and his younger son sustained minor burns in the feet from the ankle.

Eno stayed very calm during the recovery period. He and his boys could have been laid to rest beneath the earth.

He had visited the scene of the disaster severally and had shaken his head all through during each visit. Over forty skeletal cars stood there – evidence of the damage that ravaged more than fifty people. The filling station looked like history from ancient times. One person and one-act can destroy the entire globe.

Life can end at any time. A time no one hardly expects..that was his most persistent muse and he often looked up to whisper- “You who pulled back the furious fire that nearly consumed me and my boys, I live for you alone my God!”

8 thoughts on “The Reckless Smoker”

Hi! Florence here! You're welcome to my blog. I'm a self-publishing writer from Nigeria.. I'm here to share my creative writing journey and all I've learned so far. Do follow me by e-mail so you don't miss any of my exciting posts. Thank you and best regards.